How important about the engine property do you care when you buy trucks?

Depending on which engine you choose, you will have smoother and less stressful driving which means the engine can also be a criterion for choosing a truck since the basic performance of the engine boosts power, speed, and acceleration.

Do you know that horsepower, torque and, RPM have a big effect on the performance of a truck’s engine?

So, this time, we would like to introduce horsepower, torque, and RPM of truck’s engine to you. 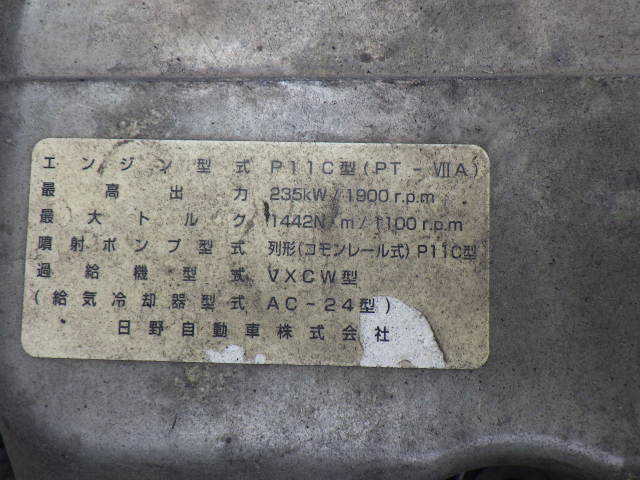 The horsepower of truck is expressed as

A higher horsepower number = higher maximum performance of the truck.

There are four different units to express horsepower figures in the world.

PS… Mainly used in Japan and Germany. Abbreviation for ‘’Pferde Starke’’ in German.

It is based on the metric system.

kW… It is the international standard unit for horsepower and is prevalent throughout the world.

It is based on the yard-pound method.

CV… Mainly used in Italy and Germany. Abbreviation for ‘’Cavallo Vapore’’ in Italian.

It is based on the metric system.

Torque in a truck refers to the driving force of the engine.

A truck with a high torque value will have a smoother start when you rotate the tire at first.

There are two main types of units to express torque values.

kgf･m… It was widely used before 1993 when N・m began to be used in general.

We still use kgf･m in Japan.

Truck RPM, as the name implies, is the number of revolutions of the engine, meaning how many revolutions per minute.

which means the truck can run faster and farther. However, it is difficult to have both the torque and the RPM mentioned earlier, so it is necessary to balance the torque and RPM by changing gears according to the situation, such as on a slope or a flat road.

There are two main types of units to express RPM values.

Min-1/rpm… Both are units of measure of the number of engine revolutions per minute.

We usually use ‘rpm’ in Japan

Check out the horsepower of engines from Japanese truck manufacturers!

Hino PROFIA… With high output and high torque despite its small displacement, it achieves both improved transportation capacity and reduced fuel costs.

Fuso SUPER GREAT… With the introduction of two types of engines, it offers powerful driving and smooth acceleration despite its low fuel consumption.

Now you can check our stocks! 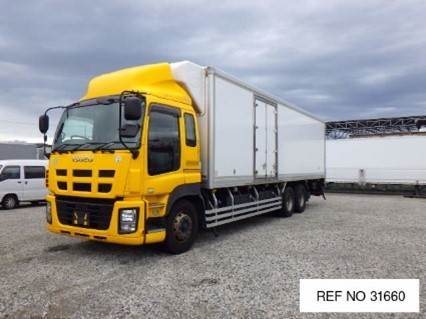 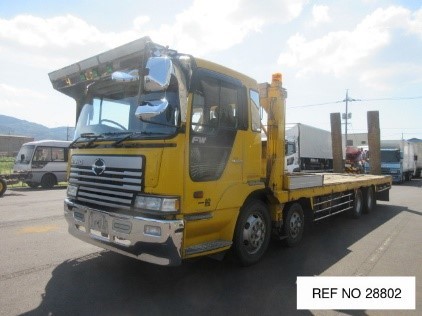 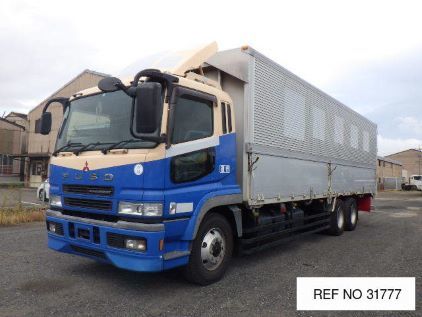