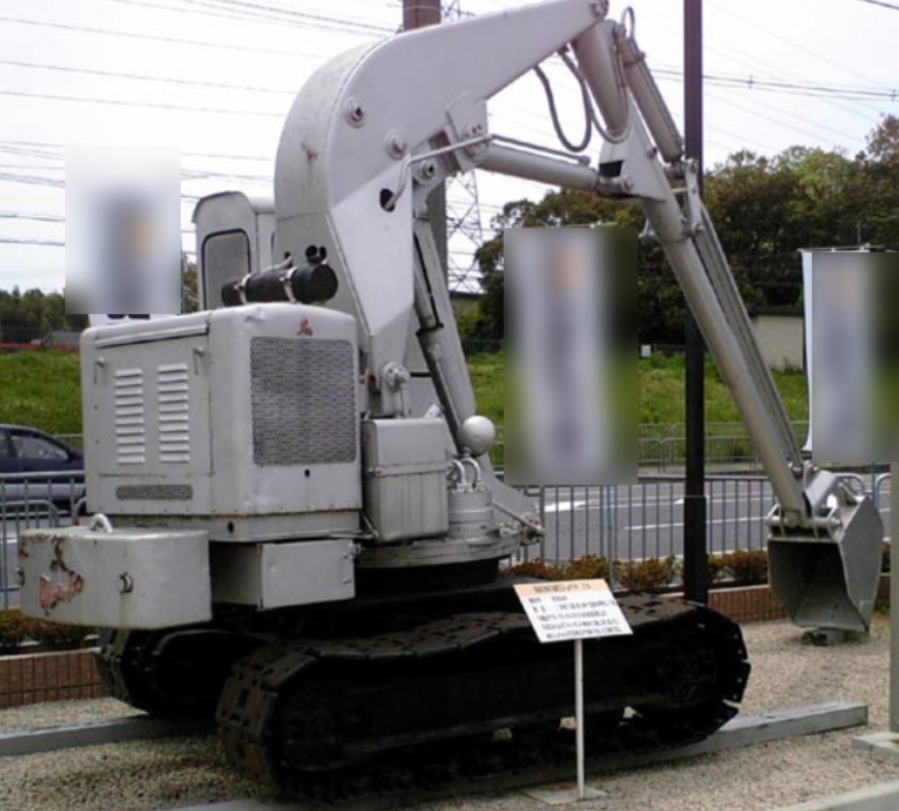 History of Excavator
In 1948, several Italian brothers (Carlo and Mario Bruneri) who had built several prototypes but were in financial difficulties got a patent in 1954 by SICAM company in France, and in the same year the S25 type was named Yumbo in the early 1960s. New Mitsubishi Heavy Industries (present · Mitsubishi Heavy Industries, Ltd.), which was technologically affiliated with SICAM, was also released under the name of "Yumbo" for the first time when Y35 of the representative model was domestically produced. There is also good performance of the product, its name penetrated as a synonym for hydraulic excavators. For this reason, in the civil engineering construction industry that has been using hydraulic excavators, and the name "Yumbo" is often used as a synonym for "hydraulic excavator" in Japan. 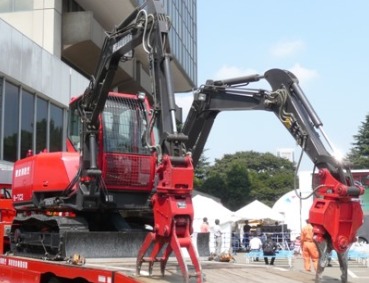 Next is Hitachi Construction Machinery's double arm hydraulic excavator "ASTACO".
It looks very different from regular excavators.
In 2005, Hitachi Construction Machinery developed ASTACO (Advance System with Twin Arm for Complex Operation) as a work machine developed as a machine which responds to the diversification of heavyweight machinery. As a feature of ASTACO, it is possible not only to perform operations such as "grabbing while grasping", "pulling out while supporting it", "bending long objects", but also "grabbing soft on fragile objects". ASTACO is active in various fields of operation from its features such as contributing to recycling, handling of hazardous materials, and rescue activities in the affected areas. The motion of the current hydraulic excavator almost mimics the one-armed motion of the human body, "ASTACO" is a hydraulic excavator which reminds of the movement like a human arms completely as the name of "double arm".
Movement which said to cut with scissors with the left hand and grab on the right hand.
It is a very rare heavy machine evolved from the conventional "single arm" to "double arm". 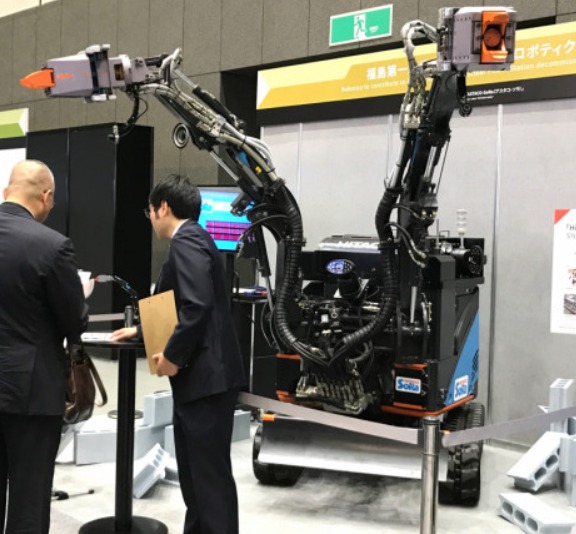 The ASTACO-SoRa made it possible to run even narrow passages with a compact body width of 980 mm, and to move more variously by installing two arms. Moreover, by replacing the tool at the tip of the arm, it can cope with extensive work. For remote control, it has enhanced functions to support driver's operators and realize high operability.

This is a small double-arm heavy machine type robot "ASTACO-SoRa" actually used for debris removal of the Fukushima Daiichi Nuclear Power Plant. The operator can operate remote from a distance. Also, tools at the tip can be freely exchanged. So it is possible to use it like "grab things with one arm and use the other arm to cut things".